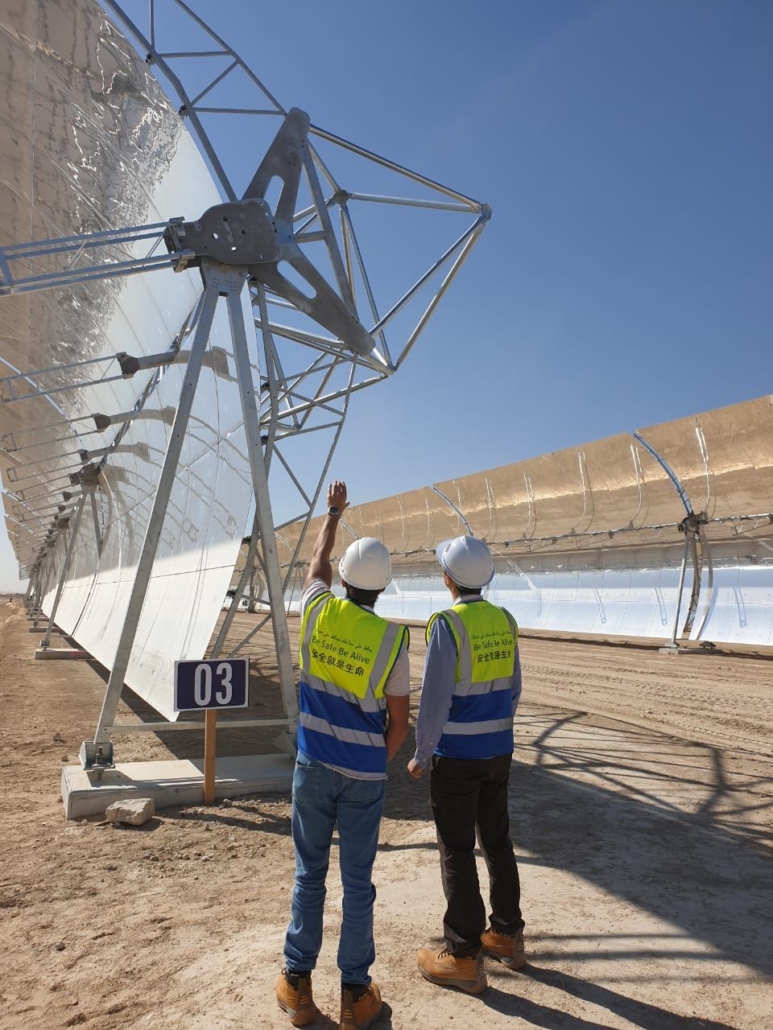 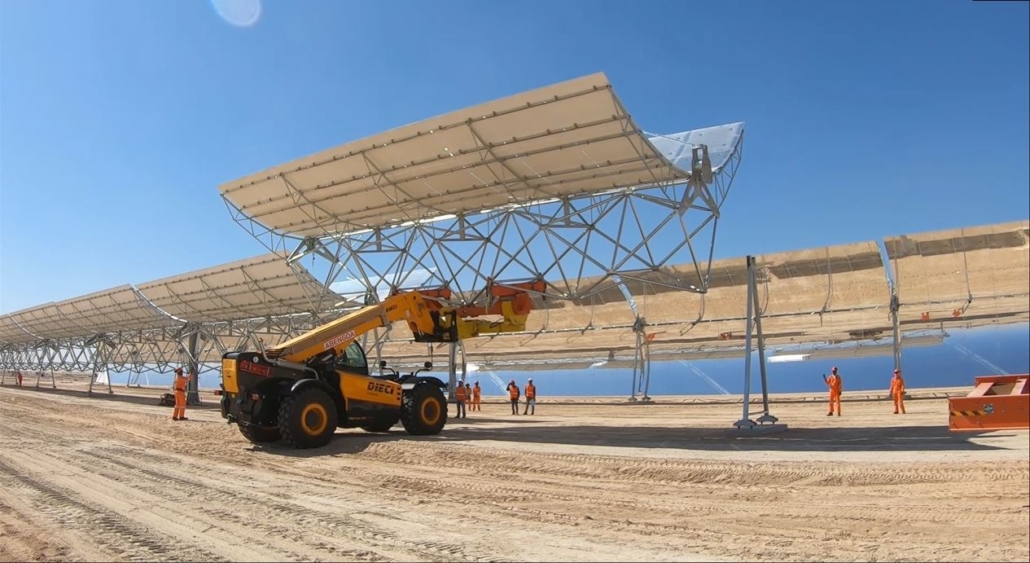 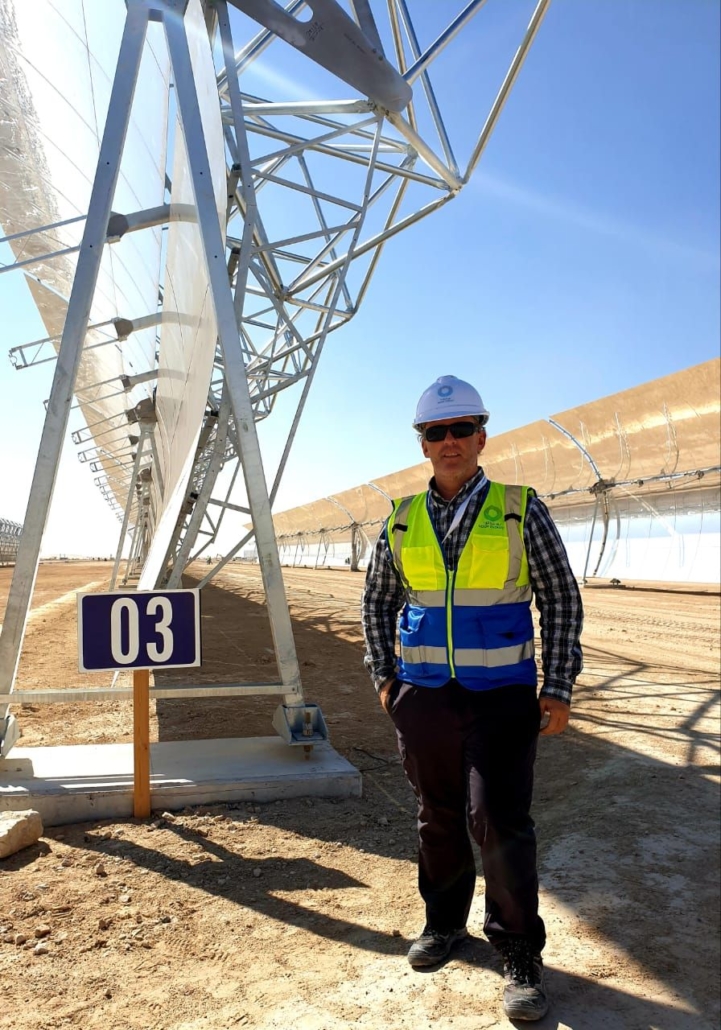 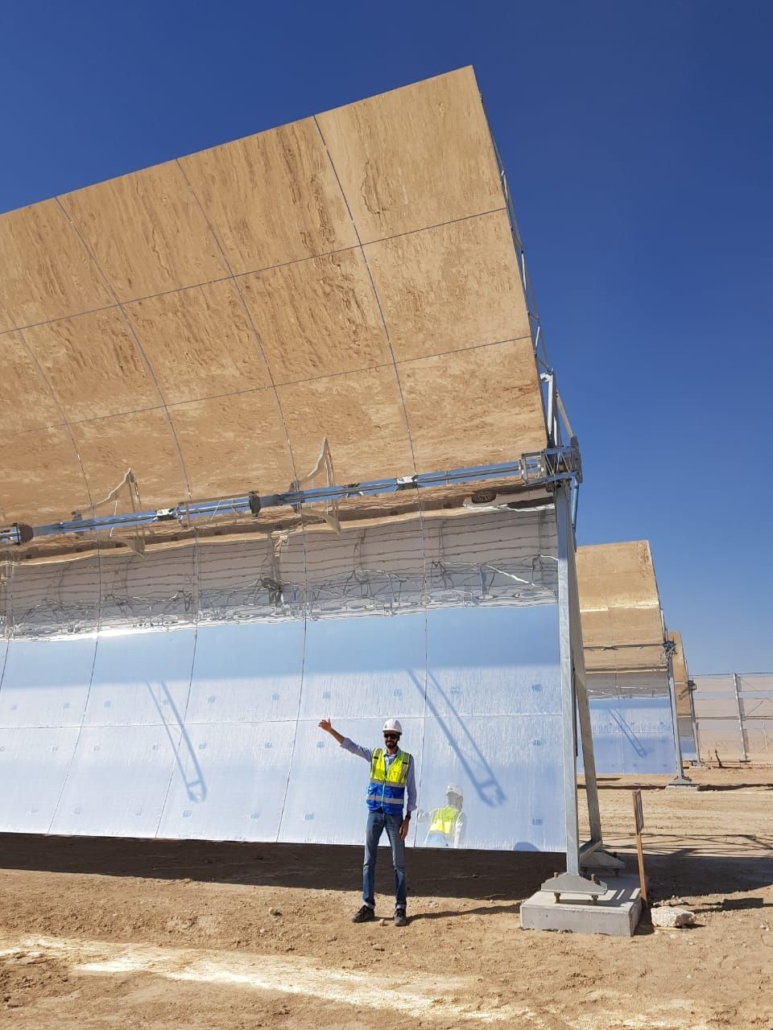 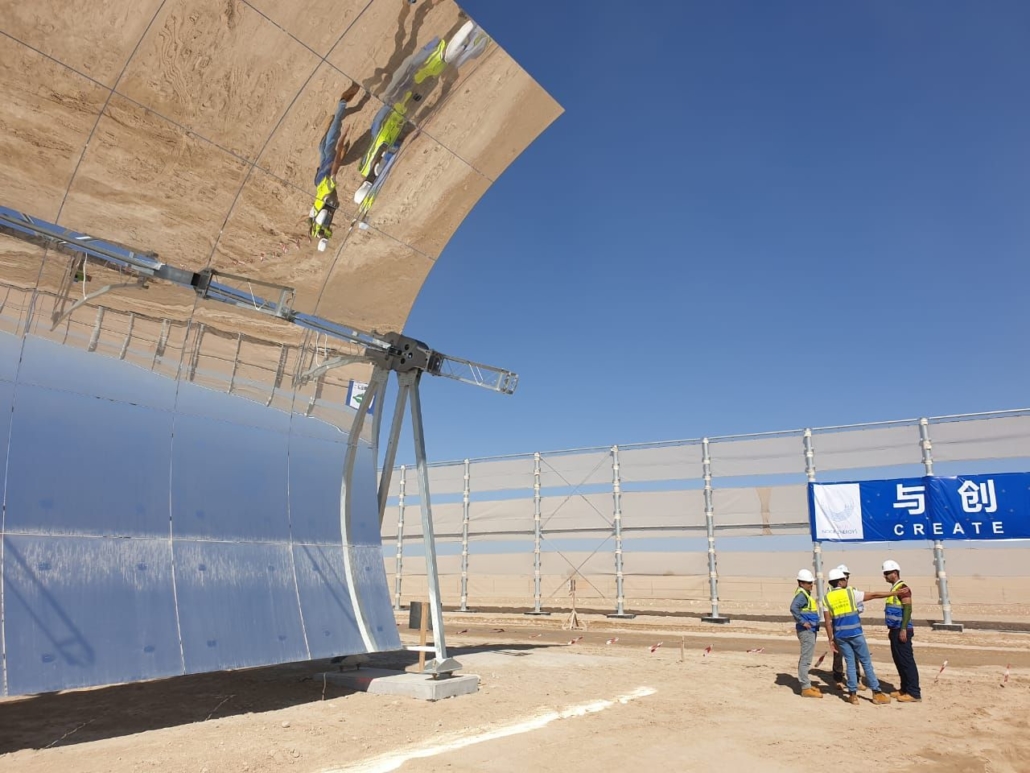 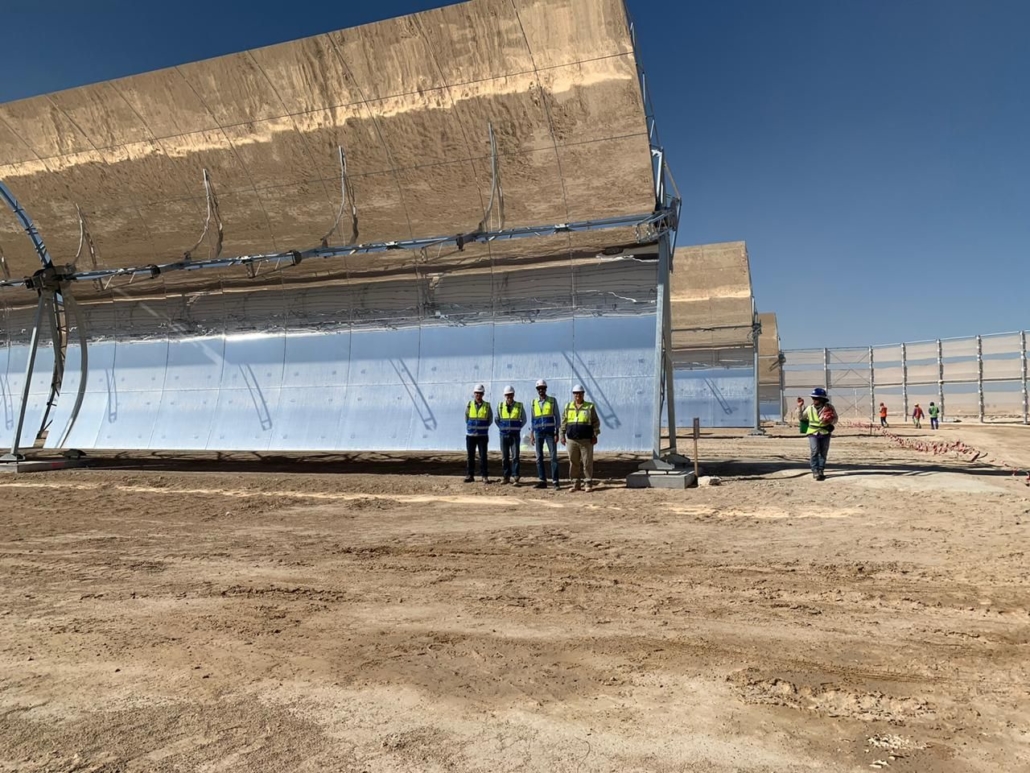 The parabolic trough collectors track the sun from East to West in order to maximize the electricity generation. In their focus line they have absorber tubes through which the Heat Transfer Fluid (HTF) circulates. This thermal fluid consists of a eutectic mixture of diphenyl and biphenyl oxide (type Therminol VP1, Dowtherm A or equivalent) with a freezing temperature of around 12 ºC. During sun hours, the parabolic collectors of the solar field concentrate radiation on the collection pipes and heat the transfer fluid up to a temperature of 393ºC. The energy contained in this fluid can be transferred directly into the steam generator or it can be sent to a thermal storage system (two molten salt tanks) where it will be kept for its later use.
The parabolic trough power plant might be operated in different modes. In the direct operation mode, the heat transfer fluid flows from the solar field to the solar steam generation system where the main steam is produced at a temperature around of 380ºC and pressure of 100 bar, passing the fluid through different (or just one) parallel trains of heat exchangers, each one composed by three heat exchangers connected in series (preheater, evaporator and superheater). Also a train of heat exchangers in parallel are used to produce reheat steam. The heat exchangers cool the HTF fluid and send it to the solar field to be reheated. The excess of the energy is sent to the TES system.
The HTF acts as a mean for the transfer of heat between the solar field and the water–steam cycle generation plant, being heated in the solar collectors and cooled when producing the steam demanded by the steam turbine-generator.

The steam produced is sent to the generation plant where it expands in a steam turbine activating the relevant electricity generator. The steam-water cycle is a classical Rankine regenerative cycle with one steam reheating. In addition to an Auxiliary PV is connected to CSP electrical auxiliaries Busbar to supply auxiliary power during the day.